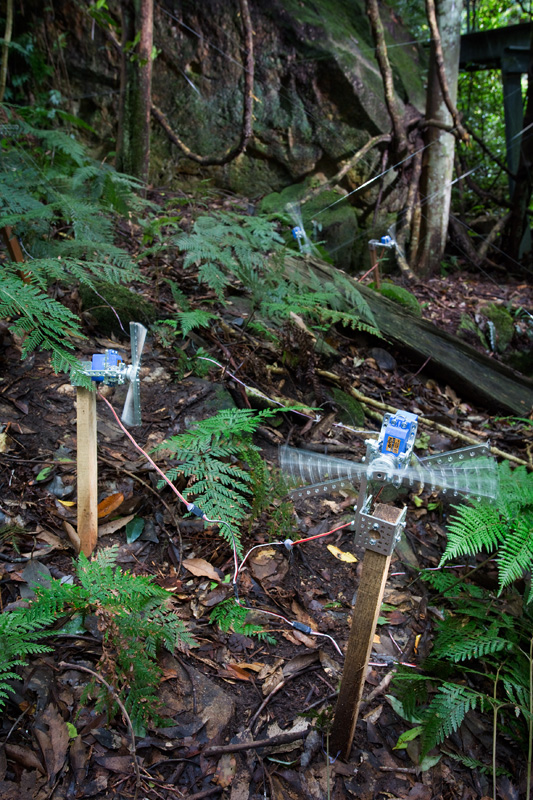 Nervous Plant (2014) was a deconstructed artificial fern, with servo motors attached to the base of each branch. These programmable motors connect to a microcontroller and light sensor. When light hit the sensor the plant would wiggle, but in shade it would stand motionless. This expands upon the natural process of plants depending on light to live, turning it into an exaggerated digital relationship. As the only shadows falling on the plant were from audience members standing too close, it appeared that the plant became shy in their presence. This work was expanded to 400 artificial robotic plants for the installation Digital Forest at Cockatoo Island for Underbelly Arts Festival 2015. In Digital Forest 2 I will install these same robotic components, but carefully attached to plants living on the forest floor. A gentle support structure will connect to each servo motor, which will be wired to a central microcontroller and sensors. When the sensors detect the audience’s presence, all of the motors will start moving in unison, bringing the forest to life – though doing so in a subtle way that at first could be mistaken for a breeze sweeping through the plants.