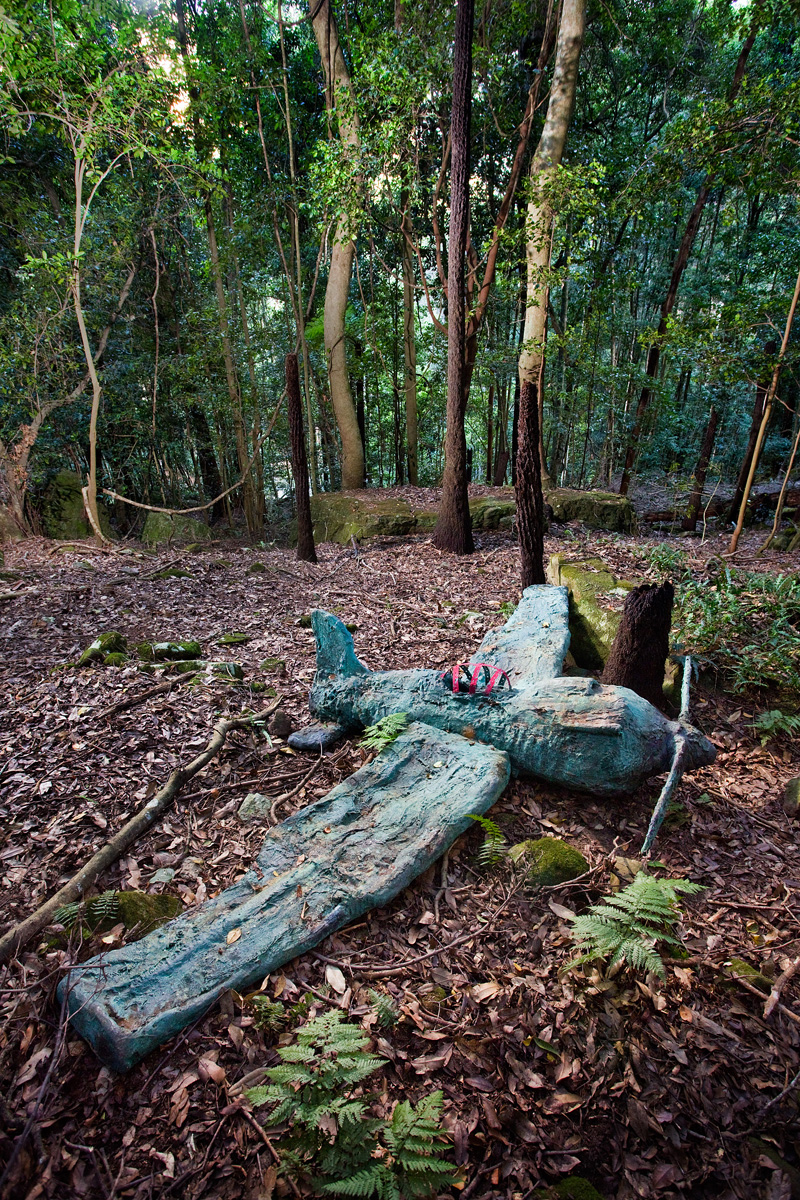 The link between memory and sculpture is a long and varied one and can encompass memorial, monumental and historical sculpture.

This work is based on the family history of my mother, whose father and Uncle Doug were both killed in WW2. Doug was a fighter pilot in the Battle of Britain and flew an astonishing eight months of duty. He was killed when an aeroplane he was a passenger in crashed on the way home. His was a tragic death and a shock to his family, who thought he was coming home unscathed (which was rare for fighter pilots, who were given a four week life expectancy).

Aeroplanes have featured in my art work for thirty years now and include representations of dream imagery that recurs often: is this my research or genetic memory?

Aircraft are amazing inventions and great metaphors for the dichotomy of human beings: no sooner had we created these magnificent machines, we designed ways to kill other people with them.

Originally conceived specifically for the Scenic World site, my aeroplane lies inert in the rainforest, broken and flightless, with the patina of time and memory etched into the surface. My Great Uncle Doug, present in his absence.