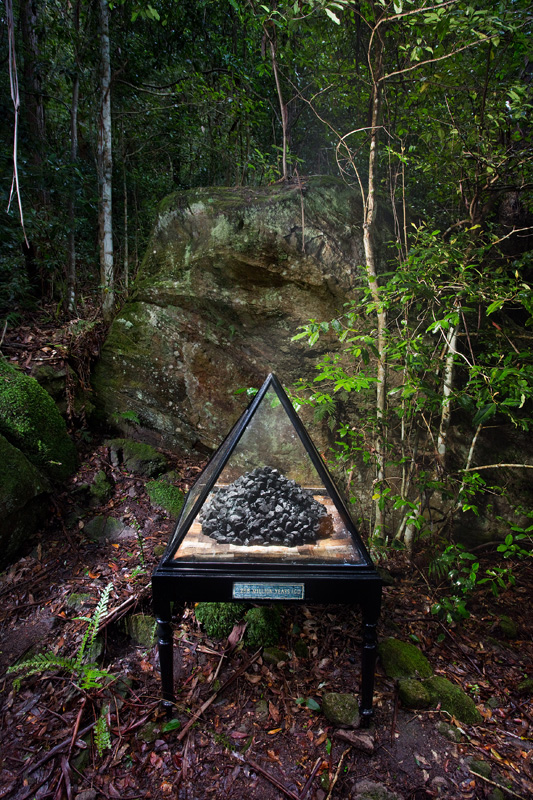 Many of the coal deposits in the Sydney Basin were formed in the Permian period 298-252 million years ago. In swampy areas around the margins of an inland sea, piles of dead vegetation were buried under sediment, eventually becoming seams of coal. At the end of the Permian Period came the Great Permian Extinction, the Earth’s most severe known extinction event. Through the language of Victorian era museums and memento mori, we attempt to briefly separate coal from it’s inevitable cultural associations. As an energy source it has facilitated the expansion of human civilisation for some. As a major contributor to global greenhouse emissions it’s continued use could expedite another major extinction event and as such it has become a touchstone for competing moralities. It is also a physical connection to a geological timeline that is hard to comprehend. An object of our ingenuity or our villainy, it is also the compressed remnants of forests millions of years old. By absorbing what it actually is, can we glimpse the truth that all human culture, even with its real world consequences is essentially make believe. Can we free ourselves to choose a completely different story?