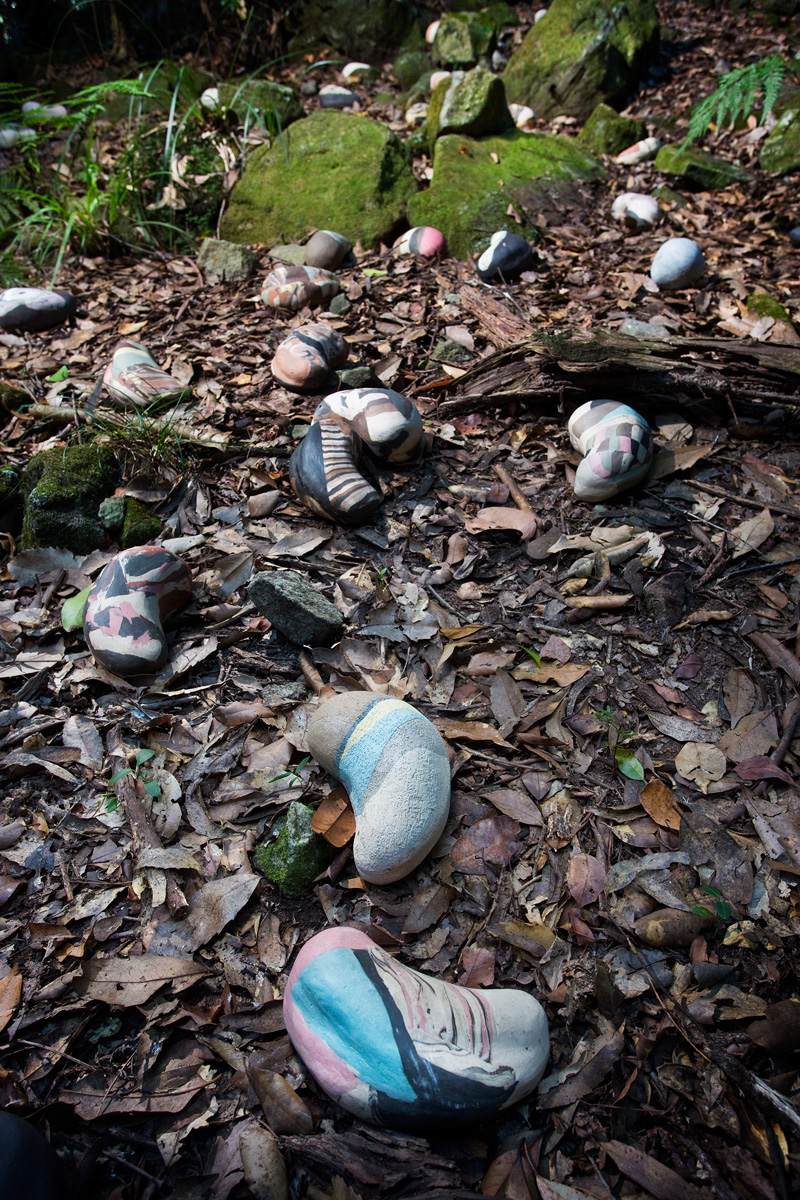 Recently, I viewed a short film, which was developed by NASA and was shot on the Voyager I spacecraft, approximately 640 million kilometers away from Earth. In this film, the Earth was but a mere tiny Pale Blue Dot amongst a countless cosmos of stars. From this perspective, the Earth looked like a lowly spec of dust, floating within the universe. This film has given me the feeling of vanitas of human life, and simultaneously the simple state of being here and now, on Earth, which can be seen as an unbelievable miracle.

After seeing the Pale Blue Dot, I felt contradictions on the anthropocentric view on being a master over nature, and as such I placed the precious nature of our true body in the center of this installation.

Comparing to this gigantic Blue Mountains, I have expressed beings as mere microorganisms similar to many hundreds of objects, which collectively seem as if they were born from mother nature / natural rock formations; which in term display as if they were created, grinded and ceased by time. Through this installation, I will try to express my experience on sublime nature, through the activities of making differences and repetition, comparing the gigantic and the vanitas, and harmonizing the interdisciplinary acts between nature and beings.