Another artist once posed this question to me, “Aren’t all our works just trying to say the same thing? Differently?” I realised that at least for myself, this was true. My work is always about over-consumption, waste, and being surrounded by seemingly endless stuff. I’m drawn to it, but am overwhelmed by it and its possibilities.

In response to this mass consumerism, I primarily use discarded waste for making my artwork. This could be anything, but is mostly plastic waste. I like plastic for its colour, diversity, durability and abundance. I also like the inherent politics of plastic. Our reliance and our addiction to plastic as well as its effect on our natural environment makes it a material that is heavy with metaphor.

The term midden is used by archaeologists to describe a domestic waste pile which is found in areas that have been inhabited by humans. The piles are also referred to as “kitchen middens”, as much of the waste found in them is from food and food preparation. 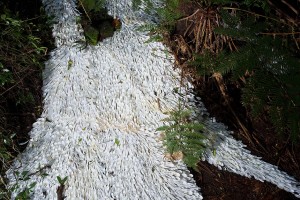 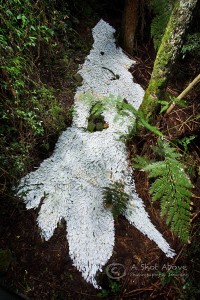