A Canopy of Thoughts is a site-specific installation that evolves a round the notion of a grasped moment of clarity amongst the haze of uncertainty. Every single person exists with a network of thoughts, of crisscrossing ideas, dilemmas and dreams that they generate and carry along with them consciously and subconsciously. In sculpture the physical evokes the emotional: Expressed visually these thoughts form a canopy above us – simultaneously protecting and blocking us. The protagonist in the artwork peers up into the overwhelming canopy of thoughts and in a moment of clarity reaches up to connect with a focused idea. We, as the protagonists in our own lives, become the roots for these thoughts to become formed ideas which can then be acted upon.

The recipient of the 2015 Scenic World Award is Elyssa Sykes-Smith for her exemplary work A Canopy of Thoughts.  Elyssa receives a AU$20,000 and an individually crafted trophy by internationally renowned artist Keith Rowe. The judging panel remarked:

“Sykes-Smith’s artwork offers the viewer a dynamic experience which confronts the environment. The sculpture’s dramatic scale is ambitious and lyrical.”

Winner of the 2015 Scenic World Award, Elyssa Sykes-Smith’s work A Canopy of Thoughts, has also taken out the $1,000 Carrington Hotel’s People’s Choice Award, receiving the most votes from visitors to the 2015 exhibition. 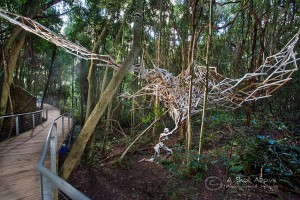 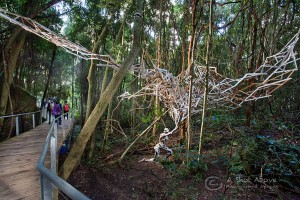 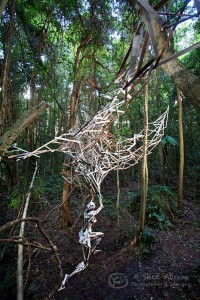