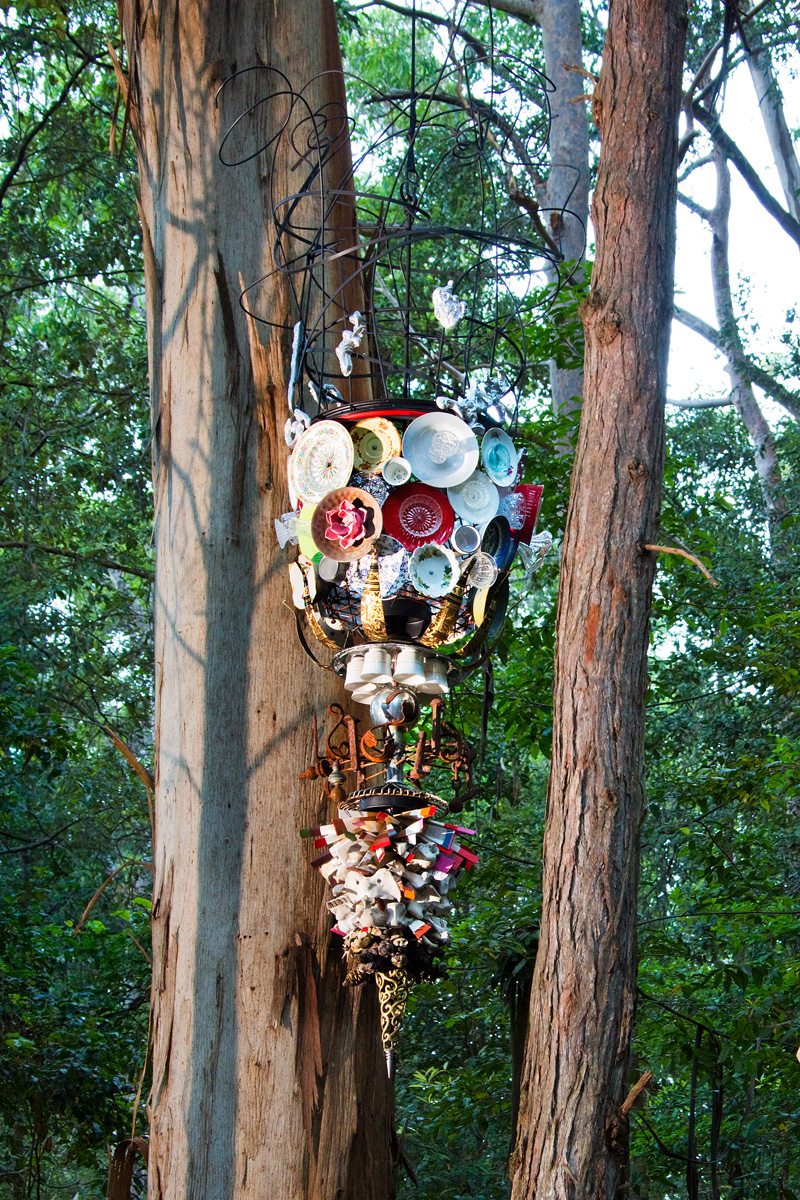 The intent is to represent the transient nature of existing upon a site, a manifestation of the settlement relating to the immediate surrounds or a guise for a far wider global plurality.

The idea is to create a contiguous stratum establishing a linearity of settlement, from ancient time, the indigenous, through to times beset of colonialists, settlers, migrants or invaders.  Fragments representative of tangible states of memory traversing from past through to present, ephemeral places of being where the original spirit only ever touched lightly whilst the carried material remnant of existence remains. Colour, texture and the recognition of object from abstracted forms make up the installation.

Symbiotic with the other, it is the fusion of cultural items or artefacts along with tacit knowledge associated with an object forming into a collective that is representative of aspects of multiculturalism throughout time.

The need to render aspects of the self onto an object, along with signifiers of meaning associated with objects, combined with fundamental notions of use, whilst subverting each other to maintain their own interdependence of identity will in fact become one unto itself and therefore be holistically part of a cohesive community but remain fragmented to be representational of the you.