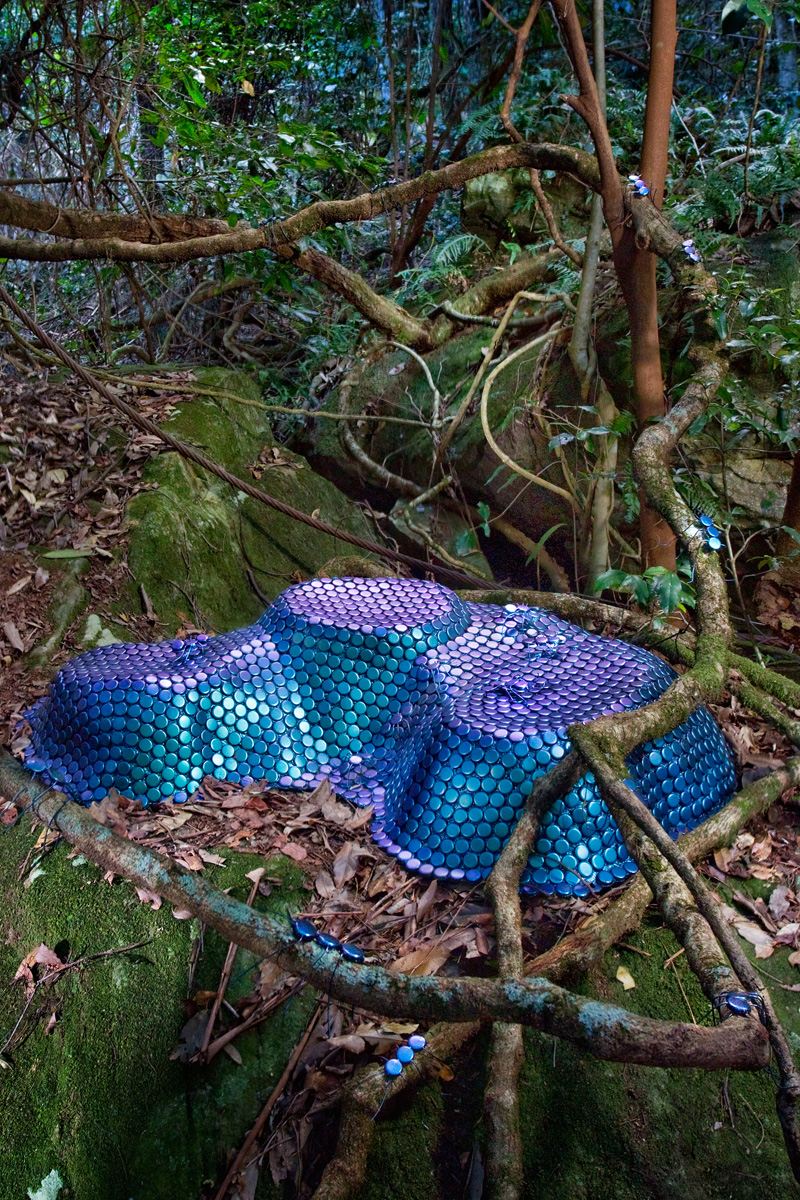 The idea for Meteor Morphosis came from my oldest son Gabriel, who at 5 years old had a love of rocks, space & reptiles. Convinced his best friend’s dad was a spaceman, he suggested making a Meteor with special superpowers! He liked the idea, strange ant like creatures would crawl out from underneath, ‘ we have lots of strange ants in this country!’  The surface of the meteor is created using a special blend of chameleon paint, prisms in the pigment of the paint reflect light in different ways, giving the illusion of metamorphosis as it changes colour from blue to purple to green. The other special feature of this sculpture is the surface treatment. It’s made from approximately 3000 steel bottle tops, to create a unique tessellated reptilian pattern seen in lizards, snakes & chameleons.