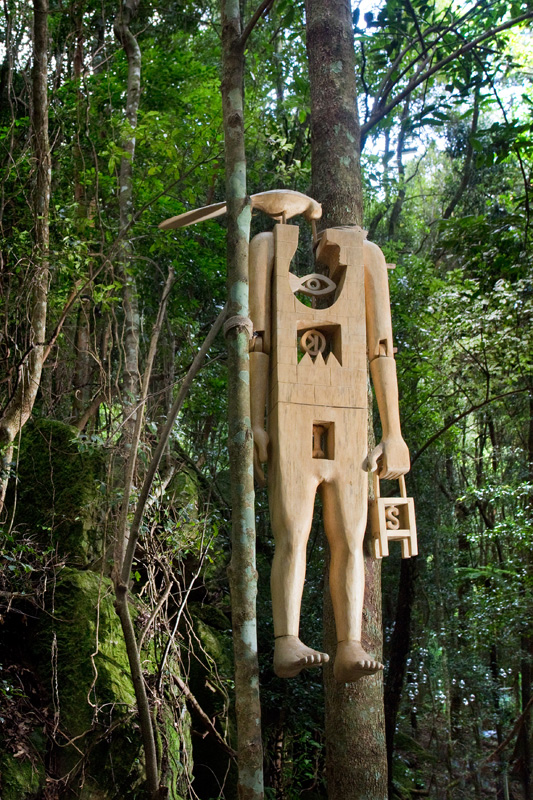 Since 2007 Adam Rish has been working on wooden sculptures in Ubud, Bali. Rish designs the pieces on site as scale drawings simply drawn with a 2B pencil and ruler and then makes them from the local Albesea softwood which, when it is green, carves like butter. Rish is interested in word plays, literary quotes and scatological jokes. His imagery is based upon traditional carving from Southeast Asia, specifically tau-tau spirit figures from Sulawesi, which are used in ceremonial burials to represent the deceased in the after-life. His figures often have oversized but detachable genitalia – ‘without sex there is only accounting’. Hollowman is a figure with an inverted head as a negative space with a falling hollow crown. A spirit-bird pecks at his fish eyes. His body is a brick wall and his penis a bone. He carries a Louis Vuitton handbag full of cash. Rish likes the doubling of meaning of this hollow figure being suspended in space, at Scenic World, in the hollow of a tree. Rish’s work is dystopic – he represents a world in confusion – but moderated by a comic humanism. This piece is like a souvenir of front-page violence tamed into a soft, hybrid, folk-art form.